Jack usually eats anything and everything some of his favourites are homemade hamburgers, fresh crab, lamb chops and spaghetti and meatballs (that must be the Italian in him). He basically eats like a little king but good food is important to us and we don’t believe kids should have ‘kid’ dinners while the grown ups get the goods. Like any kid though he does go through phases where for a few days he doesn’t really eat much of anything, that’s what’s happening right now, super annoying. I wanted a snack that looked like a treat, was high in protein and was super healthy. I made these in five minutes and when he woke up he devoured every. last. bite. !!!

I used honey crisp apples because they are nice and big. I cut the apple into rounds, basically the opposite way you would normally cut an apple. I don’t have an apple core-er (is there even such a thing? I clearly don’t know what they are called!) so I just used a melon baller to cut out the center and make a ring. I mixed equal parts peanut butter and vanilla Greek yogurt until it was nice a light and fluffy. Could probably use less peanut butter but I love peanut butter so… I then put the peanut butter yogurt on top of each slice as if I was spreading cream cheese onto a bagel. Then top with whatever you want. I used blackberries, blueberries, strawberries, coconut flakes and pecans. They were so delish!!! 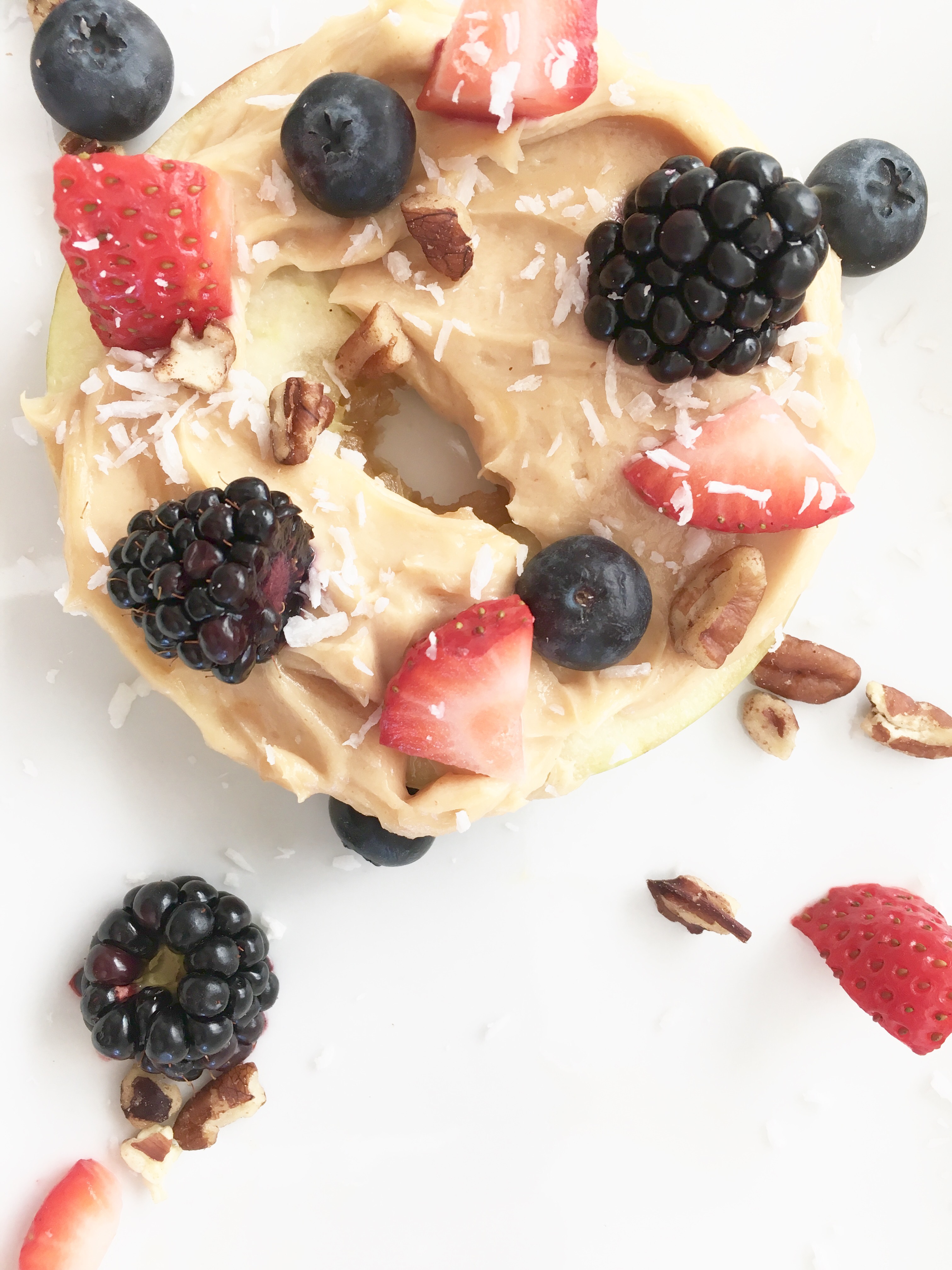 If you aren’t a fan of peanut butter you could substitute your favourite butter of choice (almond, hazelnut…) or just yogurt. As for the yogurt you could use any flavor you like, Greek yogurt is best because it is thicker!

Really anything goes. Get creative and have some fun with it.

We are Lauren Xo and Lauren Ox.

Two mamas trying to find balance in this wild, beautiful life. We hope to create a community of people who share our values of healthy living and supporting local makers. Through this lens we hope to share the best and worst parts ourselves to inspire others to do the same.